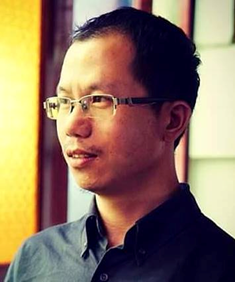 It was 8pm when I visited Fang at his office in Chiangmai in the northern part of Thailand – the boy born into a Mong family in Mae Hong Son province, indigenous community, to talk about his life experiences as a human rights lawyer. Upon first meeting, I found him to be a very polite and soft-spoken person. After talking to him and hearing his experiences, I can undoubtedly say, Fang is very committed and the most dedicated human rights lawyer I have met in person.

After graduating from the Faculty of Law, Fang was in a state of confusion as to how to proceed as a lawyer. He had the strong urge to work with the indigenous community as he belonged to one of them. At that time, he had no idea of NGO’s working on these issues. He felt lucky when his professor suggested that he apply for the human rights volunteer program of Thai Volunteer Service Foundation (TVS). “I thought it is the best time for me”, he said. He applied for the program and one of the organizations in his hometown, Development for Children and Community Network (DCCN), agreed to accept him as a volunteer. The organization mainly focused its work with ethnic people. The opportunity to work in DCCN was a dream come true for him.

Fang shared that his profession makes him very happy because he loves to work in the human rights field. He continued to work in the same organization for eight years after the volunteer program of TVS. When I asked him how he could work for such a long period of time in one organization, he told me that the people within the organization wanted him to work with them and he was also happy to work. The organization’s area of work relates to his background and he knows exactly what it is like for ethnic minorities. Land rights is one of the major problems of ethnic minorities. Citizenship is a second problem as, in the past, people stayed far away and they couldn’t go to register with the government. Hence why many people do not have a citizenship card. The problem rose during the period of the Thai and Myanmar civil war, where many people escaped from the Burma side to Thailand. Many children were born and deprived of a Thai identity card.

Fang served as a vice director in DCCN. Recently, he left the organization and is trying to set up his own organization with his colleague to work for indigenous people in his hometown.

In his one year term of the TVS Human Rights Volunteer Program, he was able to expand his connections and network with people from different organizations. The people he met opened his eyes, which helped him to get direction for his work. It made him more confident to work in ethnic issues in northern Thailand. People around there could not gain access to many laws. He is a lawyer by profession, which allowed him to help the people protect their rights.

In the span of eight years of working, “a person is not changed but changes are in experiences gained”, he said. He aspires to continue to achieve higher goals in life. His main focus is on law especially human rights law and environmental law. He got many chances and opportunities to improve his skills by participating in different programs and now he can speak the English language. The profession allows him to meet different kinds of people, like lawyers, law experts and NGO workers. It provides ample opportunities for him to learn from them and gain more insight and knowledge. He meets people who are very kind and passionate about their work related to human rights, which heightens his passion. He perceives them to be role models and wants to follow in their footsteps.

The impact of his work is that it benefits the specific target group, raising awareness within the community about their rights and human rights law. Secondly, people gain more confidence to negotiate with government officials in the issues of land rights and citizenship. He is in continuous effort to support and encourage the community people to negotiate with the government officials. This boosts the confidence level of villagers. In many of the communities where he has worked, villagers can continue farming and government officials cannot charge villagers for using the land. Fang also works with various networks to campaign for land rights on a national level. He stated that national level campaigns move at a slow pace. His work is mainly based around three issues; one is to protest the dam construction, second is to ask for land rights of indigenous people and lastly, to work towards protecting citizenship rights. He plans to file a case in administrative court. The case is about the citizenship that belonged to Karen communities and ethnic communities. They have to ask for citizenship, at least for three years by law, and it is too long.

Fang summarizes his learning during the one year period with TVS as learning about the issues related to land rights. While he was a student in university, he learned that land rights are focused on the government providing the land title. However, many people didn’t get a land title before the government came into existence and had stayed there for very long time. University knowledge does not provide these ideas but when he worked as a volunteer he came to know different angles associated with land rights. There are other laws to protect the rights of people even when they don’t have the land title. “University education never taught us about these other rights”, he said. Land right is a basic and essential right of the villagers. He shared that, in university, he had no idea that there is a right to protest against injustice and “if we don’t work we don’t get confidence”. “Law in practice is different than the law in paper” is how he summed up his experience.

Fang personally believes that the work of TVS is very great. He suggests that TVS focus more on the report. Each year when volunteers take on field work, they take a lot of time to conduct the activities and give very little time to prepare the report. “A report is one thing to raise the knowledge”, he said. A good report is not about writing everything but more about expressing the learning and analysis. Most of the volunteers have a high skill level so they need to utilize their skills to analyze themselves and write a report. The human rights volunteer project is a great project which produces many human rights lawyers and social workers in Thailand. Most of the NGO’s workers in Thailand are now the ex- human rights volunteers of TVS. “More than 100 lawyers pass this program and work”. He said that everyone who participates in the program understands people’s suffering, whether they work in an NGO or choose to be officials.

Lastly, I asked him about the message he wants to convey to the young people of Thailand. “Many people want to see human rights protection but very few try to do. Everyone can do and there are many ways. When you don’t know how to start, you can just start from yourself”, he replied. He cited the example, many people get affected by dams and many want to help but don’t know how to help. There are many ways you can start yourself to help a little bit, for example by just using less electricity and talking to other people.